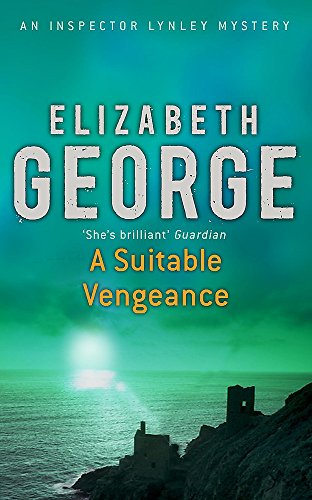 Inspector Thomas Lynley, 8th Earl of Asherton, feels some trepidation as he introduces his bride-to-be to his mother at the ancestral home of Howenstow in Cornwall. But Lynley's private concerns are soon forgotten as the brutal murder of a local journalist requires him to focus on the professional, rather than the personal. The investigation tears apart powerful ties of love and friendship, shattering the tranquillity of the picturesque Cornish community and exposing a long-buried family secret. Its consequences irrevocably alter the course of Thomas Lynley's life.

"George is a master...an outstanding practitioner of the modern English mystery." --Chicago Tribune

"Ms. George can do it all, with style to spare."
--The Wall Street Journal

"A master of the modern English mystery."
--Entertainment Weekly

Award-winning author Elizabeth George gives us an early glimpse into the lives of Detective Inspector Thomas Lynley, forensic scientist Simon Allcourt-St. James, and Lady Helen Clyde in a superlative mystery that is also a fascinating inquiry into the crimes of the heart. Lynley, the eighth earl of Asherton, has brought to Howenstow, his family home, the young woman he has asked to be his bride. But the savage murder of a local journalist is the catalyst for a lethal series of events that shatters the calm of a picturesque Cornwall village and embroils Lynley and St. James in a case far outside their jurisdiction--and a little too close to home. When a second death follows closely on the heels of the first, Lynley finds he can't help taking the investigation personally--because the evidence points to a killer within his own family.