Items related to So What! the Metalibook

Author So What! the Metalibook 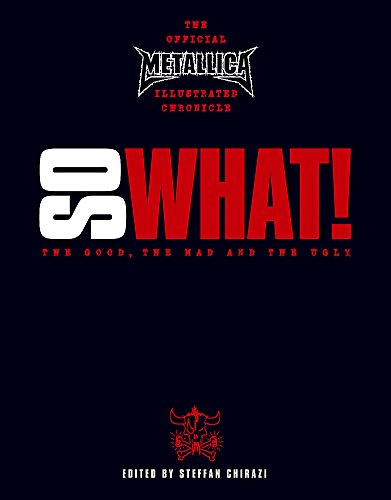 With exclusive transcripts of round-table discussions, journal excerpts, and personal comments scribbled throughout, and with approximately 1,000 rare and unique photos, So What! is the first official illustrated chronicle to chart Metallica's career since they formed twenty years ago. The book also gives the honest, inside track on some of their darker days, including an insight into singer/guitarist James Hetfield's rehab. Metallica have sold more than 90 million albums worldwide and have proved to be one of the most enduring rock acts of all time. A must have for die-hards and casual fans alike.

Formed in 1981 in Los Angeles, Metallica ended the 1990s as the best-selling rock act of the decade. Their nine albums have sold more than 90 million copies worldwide, and they have proved to be one of the most popular and enduring rock acts of all time. Their latest multi-platinum album 'St. Anger' has just been nominated for a Grammy, and they will be touring more than 80 cities in Europe and North America in the summer of 2004.