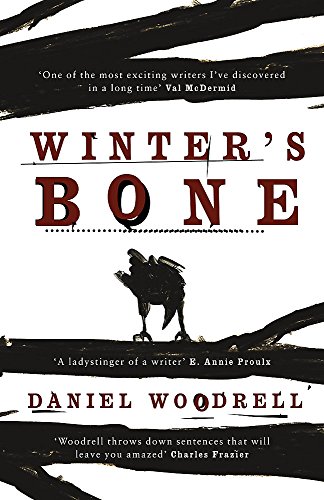 Daniel Woodrell was born in the Missouri Ozarks, where he still lives. He left school and enlisted in the Marines the week he turned seventeen, and received his BA at the age of twenty-seven. He also has an MFA from the Iowa Writers' Workshop. He is the author of eight novels including Winter's Bone, the film of which was nominated for four Oscars in 2011, Woe to Live On, the basis for the film Ride with the Devil directed by Ang Lee, and Tomato Red, which won the PEN West Award for fiction in 1999. Five of his novels have been selected as New York Times Notable Books of the year. His most recent novel was The Maid's Version, published by Sceptre in 2013.

*Starred Review* In Give Us a Kiss (1996), Woodrell introduced the Redmonds, marijuana farmers from the Ozarks ("It's a strange, powerful bloodline poetry, I guess, but there's something so potent to us Redmonds about bustin' laws together, as a family"). Now he turns his attention to the Redmonds' archenemies, the Dollys, another family of dirt farmers who thrive on bustin' laws together (crank cocaine being their crop of choice). But this time the Dollys aren't feuding with the Redmonds as much as battling each other. Sixteen-year-old Ree Dolly, who dreams of escaping her family by joining the army ("where you got to travel with a gun and they make everybody help keep things clean") is caught in the crossfire when her daddy jumps bail, leaving her stuck with two younger brothers and the prospect of forfeiting their house if the old man doesn't show up for his court date. To find Daddy, dead or alive, and save the house, Ree must ask questions of her notoriously tight-lipped relatives ("talkin' causes witnesses"). When she keeps pushing for answers, the relatives push back. Like his characters, and especially his teen characters, Woodrell's prose mixes tough and tender so thoroughly yet so delicately that we never taste even a hint of false bravado, on the one hand, or sentimentality, on the other. And Ree is one of those heroines whose courage and vulnerability are both irresistible and completely believable--think of not just Mattie Ross in True Grit but also Scout in To Kill a Mockingbird or even Eliza Naumann in Bee Season. One runs out of superlatives to describe Woodrell's fiction. We called his last novel, The Death of Sweet Mister (2001), "word perfect." If that's true--and it is--this one is word perfecter. Bill Ott
Copyright © American Library Association. All rights reserved

Shipping: US$ 14.10
From United Kingdom to U.S.A.
Destination, rates & speeds