Items related to The Book of Lost Things

The Book of Lost Things 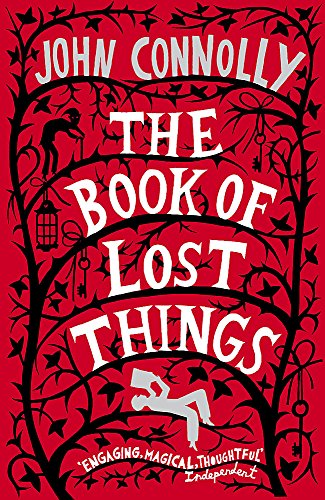 John Connolly is the author of the Charlie Parker series of mystery novels, the supernatural collection Nocturnes, the Samuel Johnson Trilogy for younger readers, and (with Jennifer Ridyard) the Chronicles of the Invaders series. He lives in Dublin, Ireland. For more information, see his website at JohnConnollyBooks.com, or follow him on Twitter @JConnollyBooks.

Steven Crossley's soothing, precise voice leads us gently into the life of young David, whose dying mother tells him that stories are alive. David remembers this after her death when his father remarries and they move into his stepmother's home. There the strange books in his room begin to murmur, and he's lured into a dark fairy tale world by his dead mother's voice. Crossley's characterizations provide the believability needed to convey us into this frightening fantasy. The Woodsman, whom David meets first, has a voice that's gruff and rough--but, like David, we trust him. Crossley's ferocious reading makes us fear the evil half-human half-wolf, Leroi Loup. We hope that David learns enough to escape the gruesome story he's somehow helped to create. S.W. © AudioFile 2007, Portland, Maine-- Copyright © AudioFile, Portland, Maine

2. The Book of Lost Things

3. The Book of Lost Things