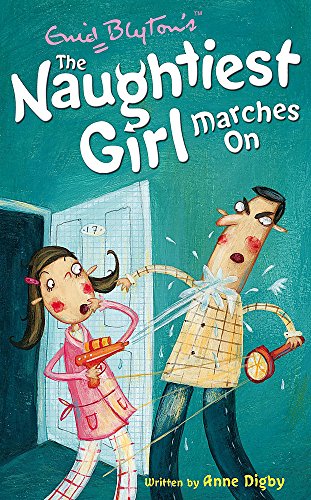 Elizabeth is overjoyed to be appointed monitor again, especially when the new head-boy and girl have such exciting ideas. But one of the second form boys is slowly turning all the other boys against her, starting with a nasty note in her desk and ending with a false tip-off about a midnight pillow fight in the boys' dormitory. Rather than report it, Elizabeth plans to investigate - and, with the help of some friends, unleash a surprise waterpistol attack on the boys. But Elizabeth has been set up, as she discovers when she runs straight into their form teacher and the head boy - mistakenly squirting them both with water. Now, Elizabeth is in trouble again - and she could lose her prized monitor's role. Can she find out who has a grudge against her - and why?

Anne Digby was born in Kingston upon Thames and is married with one son and three daughters. She has had over thirty children's novels of her own published, including the Trebizon school series and the Me, Jill Robinson series of family adventures. This is her fifth book in the Enid Blyton's Naughtiest Girl series.