Items related to Fate Is the Hunter

Fate Is the Hunter 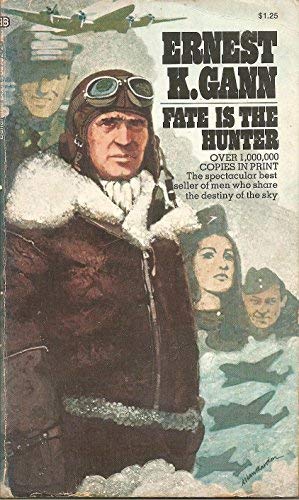 "This book is an episodic log of some of the more memorable of the author's nearly ten thousand hours aloft in peace and (as a member of the Air Transport Command) in war. It is also an attempt to define by example his belief in the phenomenon of luck--that 'the pattern of anyone's fate is only partly contrived by the individual.'" (The New Yorker)

"This fascinating, well-told autobiography is a complete refutation of the comfortable cliche that 'man is master of his fate.' As far as pilots are concerned, fate (or death) is a hunter who is constantly in pursuit of them...there is nothing depressing about FATE IS THE HUNTER. There is tension and suspense in it but there is great humor too. Happily, Gann never gets too technical for the layman to understand." (Saturday Review)

Ernest K Gann graduated from Culver Military Academy (now Culver Academies) in 1930. He flew for American Airlines and then the US Army during World War II. He lived in Washington and wrote and published prolifically.

1. FATE IS THE HUNTER

Shipping: US$ 26.88
From United Kingdom to U.S.A.
Destination, rates & speeds