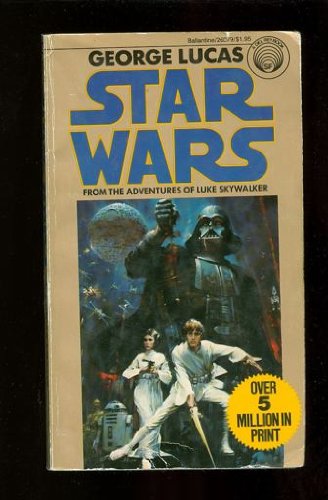 Luke Skywalker challenged the Stormtroopers of a distant galaxy on a daring mission - where a force of life became the power of death!

Luke Skywalker was a twenty-year-old who lived and worked on his uncle's farm on the remote planet of Tatooine...and he was bored beyond belief. He yearned for adventures out among the stars - adventures that would take him beyond the farthest galaxies to distant and alien worlds.

But Luke got more than he bargained for when he intercepted a cryptic message from a beautiful princess held captive by a dark and powerful warlord. Luke didn't know who she was, but he knew he had to save her - and soon, because time was running out.

Armed only with courage and with the light saber that had been his father's, Luke was catapulted in to the middle fo the most savage space war ever...and he was headed straight for a desperate encounter on the enemy battle station known as the Death Star!