Items related to The Best of Fritz Leiber

The Best of Fritz Leiber 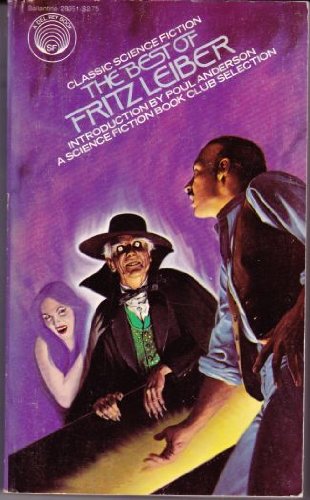 Fritz Leiber's work bridges the gap between the pulp era of H. P. Lovecraft and the Paperback era of P. K. Dick, and arguably, is as influential as both these authors. From a historical context, Leiber in fact knew both of the authors, and his work can be seen as a bridge connecting the many different flavors of genres of science fiction, fantasy, and horror. Edited by award-winning editors Jonathan Strahan and Charles Brown, this new collection of the grand master's fiction covers all facets of his work, and features an Introduction by Neil Gaiman and an Afterword by Michael Chabon.

Fritz Leiber is considered one of science fiction's legends. Author of a prodigious number of stories and novels, many of which were made into films, he is best known as creator of the classic Lankhmar fantasy series. Fritz Leiber has won awards too numerous to count including the coveted Hugo and Nebula, and was honored as a lifetime Grand Master by the Science Fiction Writers of America. He died in 1992

Starred Review. The versatility of SFWA Grand Master Leiber (1910–1992) is ably demonstrated by these 17 superb stories, each of which has wonder blazing at its core. Smoke Ghost places a classic ghost story in a modern urban setting, while the dread in Coming Attraction reflects the uneasiness of the cold war. The powerful Gonna Roll the Bones explores man's compulsion toward self-destruction, while a different archetype is revealed in The Girl with the Hungry Eyes, which reveals the vampiric seduction of modern consumerism. There are three tales of adventurous rogues Fafhrd and the Gray Mouser, including the Nebula Award–winning Ill Met in Lankhmar, in which youthful derring-do leads to heart-wrenching tragedy. Longtime fans and new readers alike will treasure this accessible and wide-ranging collection. (June)
Copyright © Reed Business Information, a division of Reed Elsevier Inc. All rights reserved.

1. The Best of Fritz Leiber

Book Description Random House Publishing Group, 1979. Condition: Good. Shows some signs of wear, and may have some markings on the inside. Seller Inventory # 12264694-6

2. The Best of Fritz Leiber

3. The Best of Fritz Leiber

Book Description Del Rey, 1979. Condition: Good. A+ Customer service! Satisfaction Guaranteed! Book is in Used-Good condition. Pages and cover are clean and intact. Used items may not include supplementary materials such as CDs or access codes. May show signs of minor shelf wear and contain limited notes and highlighting. Seller Inventory # 0345283511-2-4

4. The Best of Fritz Leiber

5. The Best of Fritz Leiber

Shipping: US$ 16.92
From United Kingdom to U.S.A.
Destination, rates & speeds