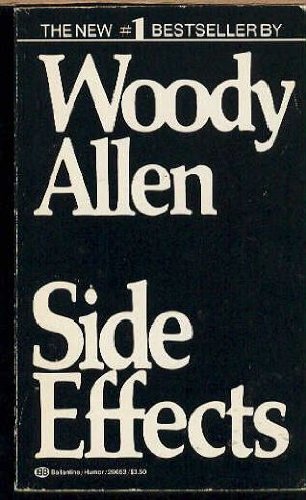 Though not as explosively, mind-alteringly funny as his earlier books, Side Effects is still loaded with chuckles; the much-anthologized "Kugelmass Episode" is worth the price of the book. For fans of his films--or for anyone who wants a final glimpse of Woody in his first, best role as court jester, Side Effects is a must-have. --Michael Gerber From the Inside Flap:

Book Description Condition: New. Published by Ballantine Books in 1982. Slight shelf wear to cover, otherwise NEW. Quality Books. Because We Care - Shipped from Canada. Usually ships within 1-2 business days. If you buy this book from us, we will donate a book to a local school. We donate 10,000+ books to local schools every year. Seller Inventory # R12308C