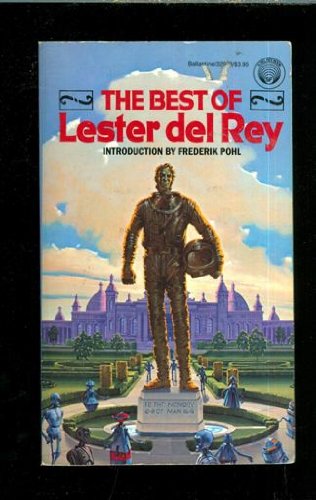 Science fiction's most protean personality -- writer, editor, critic, publisher -- sets off an incomparable fireworks display in these tales of robots and humans, animals and aliens, ghosts and gods, science and the supernatural!

ion's most protean personality -- writer, editor, critic, publisher -- sets off an incomparable fireworks display in these tales of robots and humans, animals and aliens, ghosts and gods, science and the supernatural!

1. The Best of Lester Del Rey

2. The Best of Lester Del Rey

3. The Best of Lester Del Rey

Book Description Paperback. Condition: Fair. A readable copy of the book which may include some defects such as highlighting and notes. Cover and pages may be creased and show discolouration. Seller Inventory # GOR010655080

Shipping: US$ 41.41
From United Kingdom to U.S.A.
Destination, rates & speeds