Items related to The Case of the Shoplifter's Shoe (Perry Mason...

The Case of the Shoplifter's Shoe (Perry Mason Mystery) 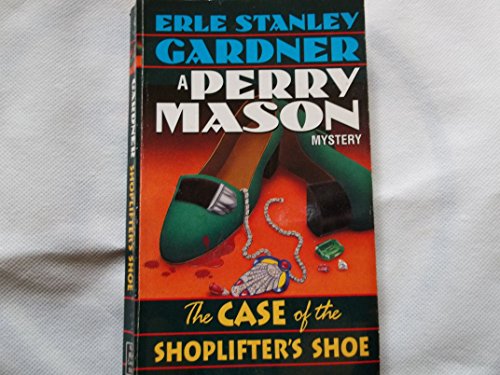 When her Aunt Sarah's kleptomania turns deadly and she is caught running from the scene of the murder of a gem dealer, Virginia Trent turns to Perry Mason, in one of the original novels in the mystery series. Reissue.

Erle Stanley Gardner (1889-1970) is a prolific American author best known for his works centered on the lawyer-detective Perry Mason. At the time of his death in March of 1970, in Ventura, California, Gardner was "the most widely read of all American writers" and "the most widely translated author in the world," according to social historian Russell Nye. The first Perry Mason novel, The Case of The Velvet Claws, published in 1933, had sold twenty-eight million copies in its first fifteen years. There have been six motion pictures based on his work and the hugely popular Perry Mason television series starring Raymond Burr, which aired for nine years and 271 episodes.

1. The Case of the Shoplifter's Shoe (Perry Mason Mystery)