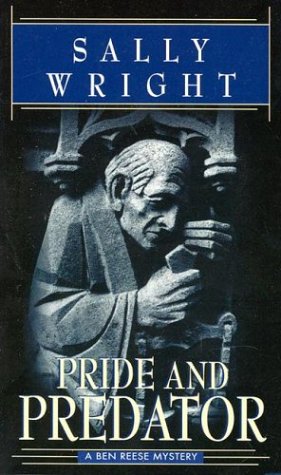 ACADEMIC SLEUTH BEN REESE IS BACK--
SMOKING OUT A KILLER IN SCOTLAND.

Parson Jonathan MacLean is too healthy and widely loved to die so young. Yet suddenly and mysteriously he's dead. Archivist Ben Reese, in Scotland to appraise the treasures of Balnagard Castle for his old friend Lord Alexander Chisholm, suspects cold-blooded murder. And he is absolutely certain it was one of Jonathan's kith and kin who slipped into his picnic hamper the bees that triggered his fatal allergy. What Ben doesn't suspect is that the same venomous killer is now arranging a most creative death for Ben himself. . . .

"PRIDE AND PREDATOR is a welcome retreat to the Golden Age of mystery. With a touch of Dorothy L. Sayers, this book is almost totally Ngaio Marsh in style and character. Definitely a must for those of you who relish classic mystery authors."
--The Snooper

"An evocative storyteller, Wright's descriptions of the ancient land of Scotland and the family relationships of its inhabitants are as compelling as the mystery itself."
--Mostly Murder

Sally Wright is a graduate of Northwestern University, where she earned a degree in oral interpretation of literature. She has also completed graduate work at the University of Washington. Publish and Perish was her first novel.