Items related to The Apprentice 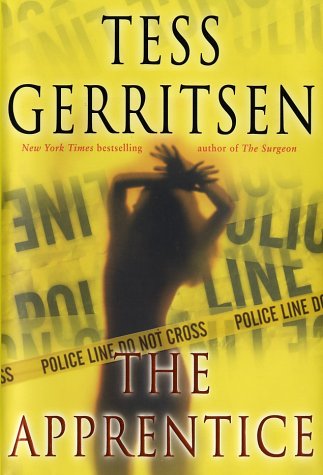 The bestselling author of The Surgeon returns—and so does that chilling novel’s diabolical villain. Though held behind bars, Warren Hoyt still haunts a helpless city, seeming to bequeath his evil legacy to a student all-too-diligent . . . and all-too-deadly.

It is a boiling hot Boston summer. Adding to the city’s woes is a series of shocking crimes, in which wealthy men are made to watch while their wives are brutalized. A sadistic demand that ends in abduction and death.

The pattern suggests one man: serial killer Warren Hoyt, recently removed from the city’s streets. Police can only assume an acolyte is at large, a maniac basing his attacks on the twisted medical techniques of the madman he so admires. At least that’s what Detective Jane Rizzoli thinks. Forced again to confront the killer who scarred her—literally and figuratively—she is determined to finally end Hoyt’s awful influence . . . even if it means receiving more resistance from her all-male homicide squad.

But Rizzoli isn’t counting on the U.S. government’s sudden interest. Or on meeting Special Agent Gabriel Dean, who knows more than he will tell. Most of all, she isn’t counting on becoming a target herself, once Hoyt is suddenly free, joining his mysterious blood brother in a vicious vendetta. . . .

Filled with superbly created characters—and the medical and police procedural details that are her trademark—The Apprentice is Tess Gerritsen at her brilliant best. Set in a stunning world where evil is easy to learn and hard to end, this is a thriller by a master who could teach other authors a thing or two.

Boston detective Jane Rizzoli hasn't completely recovered from the near-death experience at the hands of a serial killer (The Surgeon) that left her scarred and scared, but that doesn't keep her from going after a copycat murderer whose modus operandi is disturbingly familiar. Warren Hoyt may still be behind bars, but Jane thinks there's a connection between him and the man the police call the Dominator, based on the way this new fiend subdues and violates his victims before he kills them. Political interference from an FBI agent who seems to know more about the Dominator than anyone else only intensifies Jane's determination to solve the case. When Hoyt escapes from prison and teams up with his blood brother to take revenge on the policewoman who put him there, the pace of this truly frightening thriller picks up and drives the narrative to its violent conclusion. --Jane Adams

Tess Gerritsen left a successful practice as an internist to raise her children and concentrate on her writing. She gained nationwide acclaim for her first novel of medical suspense, the New York Times bestseller Harvest. She is also the author of the bestsellers Life Support, Bloodstream, Gravity, and The Surgeon. Tess Gerritsen lives in Maine.

Book Description Hardcover. Condition: New. Dust Jacket Condition: New. 1st Edition. HAND SIGNED on THE TITLE PAGE by TESS GERRITSEN. New and Unread Condition, a beautiful copy of this book. A First Edition, First Printing. The boards Are Clean, Not Bumped. Fore Edges Are Clean. Not Remaindered marked. Dust Jacket Is In Fine Condition. No Chipping, Crinkles, or tears. Not Price Clipped. DJ in protective Brodart Cover. Only opened at the original signing event 18 years ago and then lovingly boxed and stored until now - FIRST EDITION/FIRST PRINTING with complete number line beginning in 1. All books are boxed and shipped with bubble wrap - PHOTOS OF THE ACTUAL BOOK SENT UPON REQUEST. THIS IS AN INTRODUCTORY PRICE FOR OUR GRAND RE-OPENING. ALL PRICES WILL BE ADJUSTED IN APRIL TO REFLECT MARKET PRICES. ALL BOOKS HAVE BEEN BOXED IN CLIMATE CONTROLLED STORAGE AND HAVE NOT BEEN TOUCHED BY ANY OTHER HUMAN THAN ME FOR AT LEAST THE LAST 10 YEARS - ALL BOOKS ARE SEALED AND BUBBLE WRAPPED AND SHIPPED IN BOXES - YOU CAN BUY HERE WITH CONFIDENCE KNOWING THAT A BUNCH OF STRANGERS HAVE NOT HANDLED YOUR BOOK -. Signed by Author(s). Seller Inventory # 000221