Items related to When the Bough Breaks (Alex Delaware)

When the Bough Breaks (Alex Delaware) 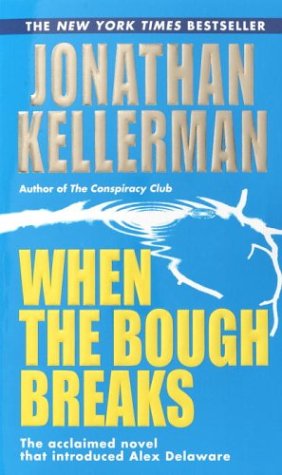 In the first Alex Delaware novel, Dr.  Morton Handler practiced a strange brand of psychiatry.  Among his specialties were fraud, extortion, and  sexual manipulation. Handler paid for his sins when  he was brutally murdered in his luxurious Pacific  Palisades apartment. The police have no leads, but  they do have one possible witness: seven-year-old  Melody Quinn.

It's psychologist Dr. Alex  Delaware's job to try to unlock the terrible secret  buried in Melody's memory. But as the sinister  shadows in the girl's mind begin to take shape, Alex  discovers that the mystery touches a shocking  incident in his own past.

This connection is  only the beginning, a single link in a  forty-year-old conspiracy. And behind it lies an unspeakable  evil that Alex Delaware must expose before it  claims another innocent victim: Melody Quinn.

"An engrossing thriller... this knockout of an  entertainment is the kind of book which establishes a  career in one stroke." -- New York  Newsday

Jonathan Kellerman is one of the world’s most popular authors. He has brought his expertise as a clinical psychologist to more than thirty bestselling crime novels, including the Alex Delaware series, The Butcher’s Theater, Billy Straight, The Conspiracy Club, Twisted, and True Detectives. With his wife, the novelist Faye Kellerman, he co-authored the bestsellers Double Homicide and Capital Crimes. He is the author of numerous essays, short stories, scientific articles, two children’s books, and three volumes of psychology, including Savage Spawn: Reflections on Violent Children, as well as the lavishly illustrated With Strings Attached: The Art and Beauty of Vintage Guitars. He has won the Goldwyn, Edgar, and Anthony awards and has been nominated for a Shamus Award. Jonathan and Faye Kellerman live in California, New Mexico, and New York. Their four children include the novelists Jesse Kellerman and Aliza Kellerman.

1. When The Bough Breaks (alex Delaware)

2. When the Bough Breaks (Alex Delaware)