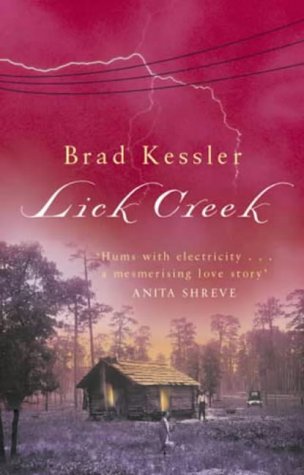 Set in the remote mining country of West Virginia in the late twenties, "Lick Creek" is the compelling story of a fiery young woman, Emily Jenkins, and what happens when progress -- and tragedy -- comes to her family's farm. Brad Kessler has a generous and keen eye for natural landscape and its power in human life. In his profound, dramatic first novel, he explores the complex intersections of faith, tradition, and innovation. After the coal mine deaths of her father, brother, and the first man she loved, Emily struggles to support herself and her mother. When construction begins on the power lines, she blames the intruders for everything that has gone awry -- for her mother's increasing withdrawal from life and for lives already lost. Then, an electrical worker is struck by lightning. Brought to their farmhouse unconscious and badly injured, Joseph is taken in by Emily's mother, and Emily is seduced by the mystery of his past, his immigration from Russia, his mother's deportations, and the world of immigrants forced to flee persecution in their homelands. Moving from romance to high drama, Kessler illuminates the role of electricity in the transformation of rural life and the particular electricity between two vastly different people whose worlds and passions collide.

A Los Angeles Times Best Book of the Year

Brad Kessler's work has appeared in The New Yorker, The New York Times Magazine, The Nation, and Doubletake. He is the author of several award-winning children's books. He lives in Vermont.