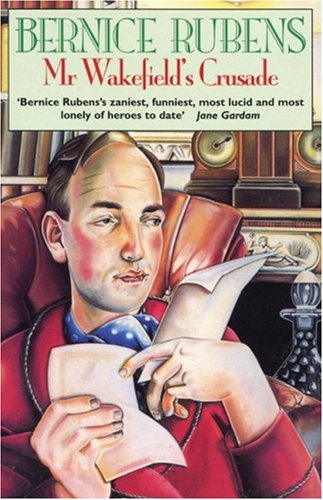 One day, the man in front of Luke at the post office drops down dead in line. Instinctively, Luke's hand snakes out and slips the corpse's unposted letter into his pocket. With this impulsive act, he begins a search for justice.

Bernice Rubens read English at the University of Wales, of which she was a fellow. She alternated working in the film industry and writing novels. She won the Booker Prize for THE ELECTED MEMBER and The Welsh County Council prize for OUR FATHER. She died in 2004.

A man on line in front of Luke Wakefield at the post office drops dead while buying a stamp. Luke pockets the unmailed letter, and we are launched on a fantasy-cum-sleuthing trip whose mystery darkens the more it is exposed to the light in this novel by the winner of the Booker Prize for The Elected Member. The dead man, Sebastian Firbank, was corresponding with his wife Marion, who, it transpires from a sheaf of exchanges Luke later manages to steal, lived in Firbank's Hampstead House but posted her letters from Wimbledon Common. Luke, a failure with nothing better to do, has found his true metier in trying to trace Mrs. Firbank, and is aghast to learn from the purloined letters that her husband did her in. When the body of a woman of easy virtue known variously as Mary, Marylin or Marion is discovered on the Common, Luke, sole possessor of the facts, is sure that the police outside his door are waiting for him. Skulking around back streets evading capture, he takes refuge in the house of the late Sebastian's erstwhile best friend, Richard. And thereby hangs a whole new tale. The complexity is considerable, the intrigue professionally handled and the humor, though sometimes heavy-handed, refreshingexactly the elements necessary to keep Rubens's audience happily reading. Foreign rights: Literistic. November 8
Copyright 1985 Reed Business Information, Inc.