Items related to The Blue Lagoon 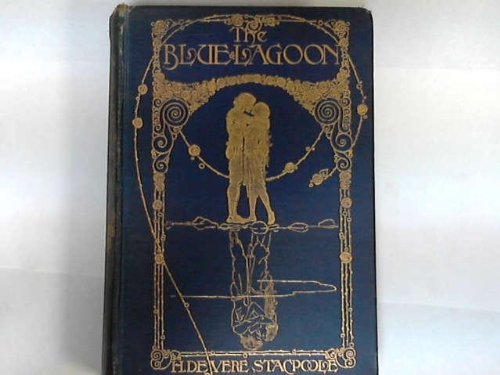 The Blue Lagoon is the story of two cousins, Dicky and Emmeline Lestrange, stranded on a remote island with a beautiful lagoon. As children, they are cared for by Paddy Button, a portly sailor who drinks himself to death after only two and a half years in paradise. Frightened and confused by the man's gruesome corpse, the children flee to another part of Palm Tree Island. Over a period of five years, they grow up and eventually fall in love. Sex and birth are as mysterious to them as death, but they manage to copulate instinctively and conceive a child. The birth is especially remarkable: fifteen-year-old Emmeline, alone in the jungle, loses consciousness and awakes to find a baby boy on the ground near her. Naming the boy Hannah (an example of Stacpoole's penchant for gender reversals), the Lestranges live in familial bliss until they are unexpectedly expelled from their tropical Eden.

Henry De Vere Stacpoole. Was an Irish author, born in Kingstown (now Dún Laoghaire). His best known work is the 1908 romance novel The Blue Lagoon, which has been adapted into feature films on three occasions. A ship's doctor for more than forty years, Stacpoole was also an expert on the South Pacific islands. His books frequently contained detailed descriptions of the natural life and civilizations with which he had become familiar on those islands. He moved to the Isle of Wight in the 1920s and lived there until his death. He was buried at Bonchurch in 1951.