Items related to Lord Of Chaos 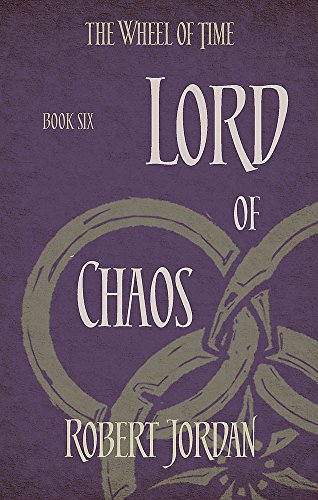 From the Back Cover:
On the slopes of Shayol Ghul, the Myrddraal swords are forged, and the sky is not the sky of this world; . In Salidar the White Tower in exile prepares an embassy to Caemlyn, where Rand Al'Thor, the Dragon Reborn, holds the throne - and where an unexpected visitor may change the world.... In Emond's Field, Perrin Golden-eyes, Lord of the Two Rivers, feels the pull of ta'veren to ta'veren and prepares to march.... Morgase of Caemlyn finds a most unexpected, and quite unwelcome, ally....And south lies Illian, where Sammael holds sway....
About the Author:
Robert Jordan was born in 1948 in Charleston. He was a graduate of the Citadel, the Military College of South Carolina, with a degree in physics, and served two tours in Vietnam. His hobbies included hunting, fishing, sailing, poker, chess, pool and pipe collecting. He died in September 2007.