Items related to Birds of Town and Village

Birds of Town and Village 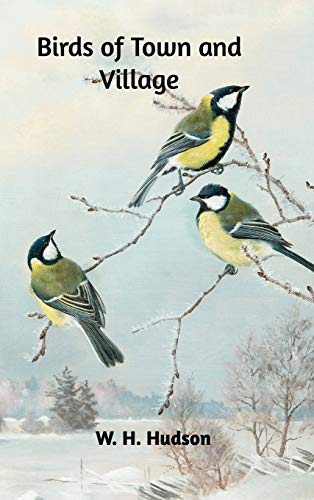 Birds of Town and Village is a classic nature text by W. H. Hudson that describes the bird life of Great Britain. This book is more than a mere reprint of Birds in a Village first published in 1893. That was my first book about bird life, with some impressions of rural scenes, in England; and, as is often the case with a first book, its author has continued to cherish a certain affection for it. On this account it pleased me when its turn came to be reissued, since this gave me the opportunity of mending some faults in the portions retained and of throwing out a good deal of matter which appeared to me not worth keeping. The first portion, "Birds in a Village," has been mostly rewritten with some fresh matter added, mainly later observations and incidents introduced in illustration of the various subjects discussed. For the concluding portion of the old book, which has been discarded, I have substituted entirely new matter-the part entitled "Birds in a Cornish Village." Between these two long parts there are five shorter essays which I have retained with little alteration, and these in one or two instances are consequently out of date, especially in what was said with bitterness in the essay on "Exotic Birds for Britain" anent the feather-wearing fashion and of the London trade in dead birds and the refusal of women at that time to help us in trying to save the beautiful wild bird life of this country and of the world generally from extermination. Happily, the last twenty years of the life and work of the Royal Society for the Protection of Birds have changed all that, and it would not now be too much to say that all right-thinking persons in this country, men and women, are anxious to see the end of this iniquitous traffic.