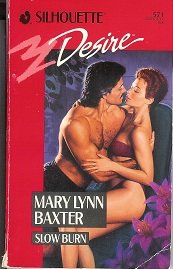 LIKE IT OR NOT If Tate O'Brien thought she was after his son's money, he didn't know Marnie Lee. She'd worked hard to get where she was, and she wasn't ready to let any man take first place in her life-not even the boss's son. She was captain of her own soul, and that was just the way she wanted it. Trouble was, there was one man who really made her feel like a woman, and that man was Tate O'Brien. He was hard, he was arrogant, and he was the sexiest man she'd ever laid eyes on. And nothing-not guilt, not suspicion, not the danger swirling around them both-could keep her from wanting him.