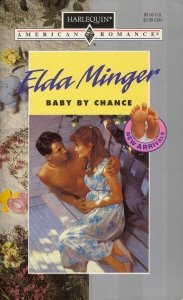 She hadn't expected to be expecting.... Having a family wasn't part of Cinnamon Robert's five-year plan, but when she accidentally fell under the spell of a hypnotist who'd been hired by her baby-crazed twin sister, she suddenly became a warm, willing woman ripe to conceive. Which is exactly what happened...by Chance. Ramblin; man turned family man? Chance Devereux had to wonder if he wasn't the one under a spell...'cause ever since sweet-and-spicy Cinnamon had come into his life - making him a daddy-to-be he'd started hearing wedding bells. Chance wanted to make the mother of his child an honest woman...but could he hope for marital bliss after Cinnamon came to?