Items related to The Bride, The Baby & The Best Man (Harlequin Romance... 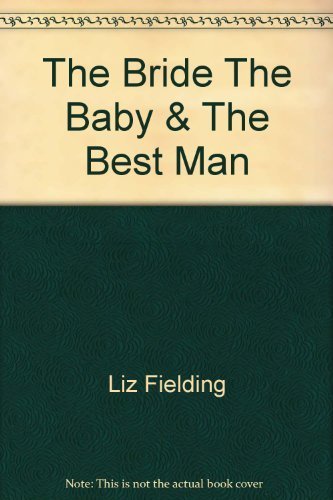 In three weeks' time, Faith Bridges will marry safe, dependable, practical Julian. Their plans don't include children - just a nice, calm, platonic marriage. But then along comes Harry March, one adorable baby, and one cute four-year-old. Harry is definitely not safe - he's sexy, rude, impractical and utterly charming. He might have been best man material, but he isn't Faith's type at all... And as soon as she can stop herself kissing Harry she will tell him so!

Liz Fielding was born with itchy feet. She made it to Zambia before her twenty-first birthday and, gathering her own special hero and a couple of children on the way, lived in Botswana, Kenya and Bahrain. Seven of her titles have been nominated for RWA s Rita(r); and she has won the Best Traditional Romance in 2000, the British Romance Prize in 2005 and the Best Short Contemporary Romance in 2006.

Book Description Harlequin. Mass Market Paperback. Condition: Very Good. A copy that has been read, but remains in excellent condition. Pages are intact and are not marred by notes or highlighting, but may contain a neat previous owner name. The spine remains undamaged. At ThriftBooks, our motto is: Read More, Spend Less. Seller Inventory # G0373173849I4N00

Book Description Harlequin, 1998. Condition: Good. A+ Customer service! Satisfaction Guaranteed! Book is in Used-Good condition. Pages and cover are clean and intact. Used items may not include supplementary materials such as CDs or access codes. May show signs of minor shelf wear and contain limited notes and highlighting. Seller Inventory # 0373173849-2-4