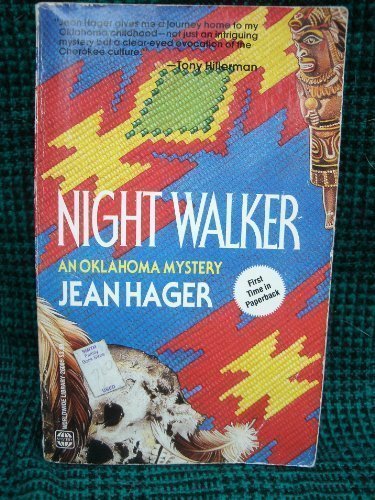 In Hager's latest, neatly crafted mystery the mistress of Graham Thornton, wealthy hotelier of Buckskin, Okla., discovers his frozen corpse in her car. Although the body is unmarked, Police Chief Mitchell Bushyhead (who debuted in Grandfather Medicine ) is called in to investigate. Learning that Thornton, a diabetic, was murdered by a lethal dosage of insulin, Bushyhead is confronted with a growing list of suspects, from Thornton's estranged wife to his battered mistress to his exploited employees. The Native American staff believe that Thornton was murdered by a night walker, a Cherokee witch, because he built the hotel on an Indian cemetery. Bushyhead, half Cherokee himself, knows the murderer is very human. Just when he thinks he's closing in on the killer, an even grislier crime derails his investigation. As one of the characters quotes Mark Twain, "Everyone is a moon, and has a dark side which he never shows to anybody." Alive with believable characters, this mystery also offers interesting information about the Cherokee nation.
Copyright 1990 Reed Business Information, Inc.