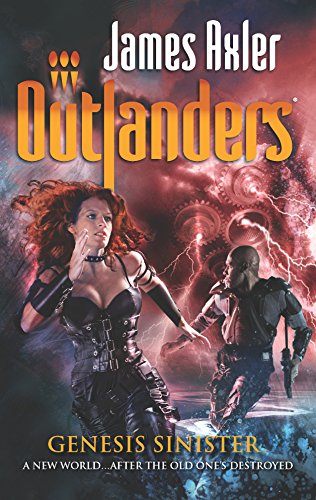 The epic battle between two would-be gods to rule earth may have ended, but the struggle to survive aliens of near-immortal powers—aliens determined to cage humankind—continues. As the freedom fighters of the Cerberus organization regroup and press on, a shattering storm heads toward the planet...the blood tide of a new apocalypse.

They're tiny stones that wield shattering power, remnants of the war between the godlike aliens Ullikummis and Enlil, and they lie scattered throughout the Gulf of Mexico. In the wrong hands, these stones could easily be used as biological weapons. That's why Kane and Grant are dispatched to track a notorious pirate—it's believed he has an entire collection in his possession. But in the Bay of Campeche, they realize something much bigger is happening. Something unthinkable: the genesis of a new age. And that means only one thing for mankind. Annihilation.