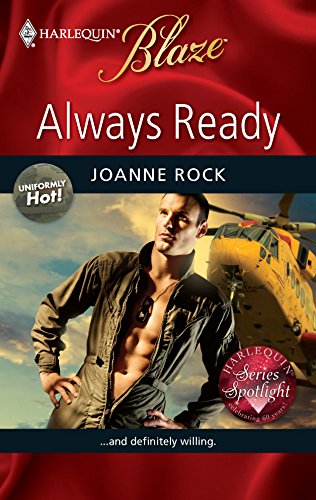 Damon is accustomed to being on the lookout for illegal activity on his watch, though it's not every day he suspects a gorgeous woman. Still, when Lacey suddenly appears at the Puerto Rico bar Damon's staked out, to meet a suspected smuggler, Damon's guard is up.

Unfortunately, so is his libido—way up! Lacey is up to something, and Damon's determined to uncover all her dark secrets. He's also quite ready to uncover Lacey herself. One mysterious inch at a time...

USA TODAY bestselling author Joanne Rock credits her decision to write romance to a book she picked up during a flight delay that engrossed her so thoroughly, she didn't mind at all when her flight was delayed two more times. Giving her readers the chance to escape into another world has motivated her to write over eighty books for a variety of Harlequin series.