Rebecca York; Dani Sinclair Silent Night (2-in-1) (What Child is This?&Better Watch Out)

Silent Night (2-in-1) (What Child is This?&Better Watch Out) 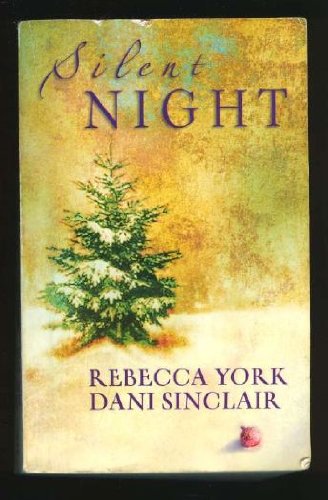 What Child is This?: Every Christmas Travis wondered if this would be the year he would discover who Travis Stone was. Except, this year his life depended on finding out. Armed with nothing more than vague memories, he sought his real parents. Instead, on a snowy Maryland street, he found Erin Morgan. For Travis, Erin was his Christmas miracle. But now he'd placed her in danger. And there could be no silent night, no peace on earth, until he made her safe again. Better Watch Out: J.D. Frost's kids fell in love with the lady in the ice-cream parlor. When he laid eyes on their new playmate, J.D., too, felt a sudden craving for sweets. A craving only Jackie Neeley could satisfy. But Jackie told tales of stalking strangers, dead bodies, and disappearing elves. J.D., had two options, both hazardous. Walk away from this woman with her shaky grasp on reality. Or trust her and protect her from and all-too-real threat.