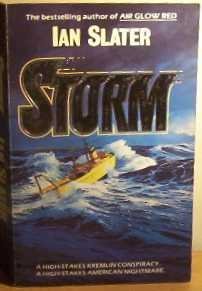 Behind the Iron Curtain an insidious plot is being masterminded. If successful, the Soviets will reign supreme in the arms race... primed to topple U.S. defenses in seconds.
80 miles off the coast of Oregon a raging storm grows more furious by the moment. Oceanographer Frank Hall races to a call for help and is plunged headlong into an impossible nightmare come true.
In the eye of the storm the final confrontation arrives. A devastating plot sweeps from Moscow to a desolate island in the Pacific Northwest where an SS-18 missile launcher threatens to bring America to its knees and Frank Hall must risk his life and the woman he loves to stop the unstoppable... before it's too late.