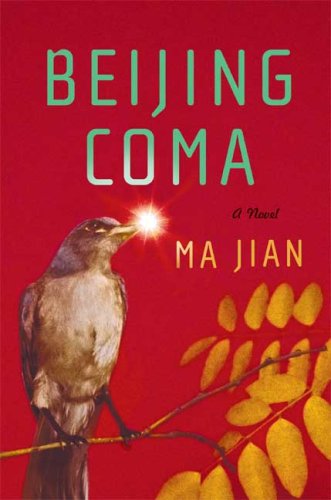 Dai Wei has been unconscious for almost a decade. A medical student and a pro-democracy protestor in Tiananmen Square in June 1989, he was struck by a soldier’s bullet and fell into a deep coma. As soon as the hospital authorities discovered that he had been an activist, his mother was forced to take him home. She allowed pharmacists access to his body and sold his urine and his left kidney to fund special treatment from Master Yao, a member of the outlawed Falun Gong sect. But during a government crackdown, the Master was arrested, and Dai Wai’s mother—who had fallen in love with him—lost her mind.  As the millennium draws near, a sparrow flies through the window and lands on Dai Wei’s naked chest, a sign that he must emerge from his coma. But China has also undergone a massive transformation while Dai Wei lay unconscious. As he prepares to take leave of his old metal bed, Dai Wei realizes that the rich, imaginative world afforded to him as a coma patient is a startling contrast with the death-in-life of the world outside.  At once a powerful allegory of a rising China, racked by contradictions, and a seminal examination of the Tiananmen Square protests, Beijing Coma is Ma Jian’s masterpiece. Spiked with dark wit, poetic beauty, and deep rage, this extraordinary novel confirms his place as one of the world’s most significant living writers.

Amazon Best of the Month, May 2008: Like a latter-day Rip Van Winkle, a troubled young man slumbers away for ten years. While he slowly retraces the experiences that brought him into this dream state, the world around him morphs into a nearly unrecognizable place. The place is not a mountain fairyland in pre-Revolutionary America, but China at the turn of the twenty-first century. And, our story's hero is not a beleaguered farmer seeking solace among the mountains and rivers, but a promising graduate student named Dai Wei who was shot in the head during the pro-democracy protests in 1989 at Tiananmen Square. Beijing Coma is an unexpectedly visceral and daring work of fiction by critically acclaimed author Ma Jian that explores why a promising young student would risk it all in the spring of 1989. In this ingeniously constructed novel--which sets Dai Wei's internal recollections against the contemporary changes occurring beyond him--Ma Jian reveals the profound personal consequences of that historic struggle for freedom--long after the CNN cameras stopped rolling. --Lauren Nemroff