Items related to The Complete Stories 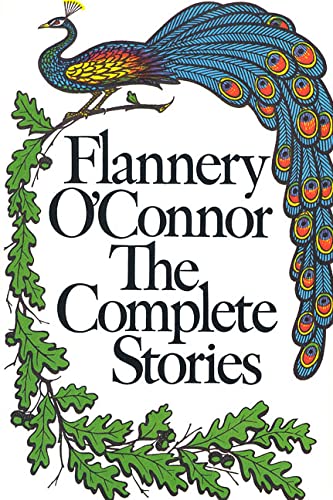 O'Connor published her first story, "The Geranium," in 1946, while she was working on her master's degree at the University of Iowa. Arranged chronologically, this collection shows that her last story, "Judgement Day"--sent to her publisher shortly before her death—is a brilliantly rewritten and transfigured version of "The Geranium." Taken together, these stories reveal a lively, penetrating talent that has given us some of the most powerful and disturbing fiction of the twentieth century. Also included is an introduction by O'Connor's longtime editor and friend, Robert Giroux.

Flannery O'Connor was born in Savannah, Georgia, in 1925. When she died at the age of thirty-nine, America lost one of its most gifted writers at the height of her powers.

"O’Connor’s plainspoken, blunt, comic-cartoonish, and flagrantly melodramatic short stories . . . were not refined New Yorker stories of the era in which nothing happens except inside characters’ minds, but stories in which something happens of irreversible magnitude, often death by violent means." —Joyce Carol Oates, New York Review of Books

"What we lost when she died is bitter. What we have is astonishing: the stories burn brighter than ever, and strike deeper." —Walter Clemons, Newsweek