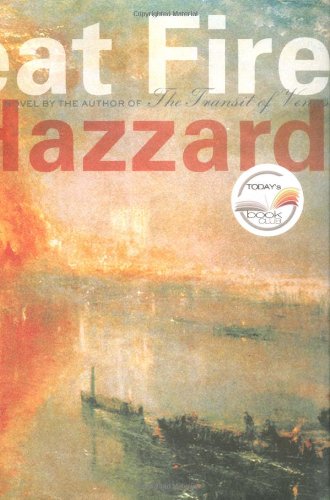 The year is 1947. The great fire of the Second World War has convulsed Europe and Asia. In its wake, Aldred Leith, an acclaimed hero of the conflict, has spent two years in China at work on an account of world-transforming change there. Son of a famed and sexually ruthless novelist, Leith begins to resist his own self-sufficiency nurtured by war. Peter Exley, another veteran and an art historian by training, is prosecuting war crimes committed by the Japanese. Both men have narrowly escaped death in battle, and Leith saved Exley's life. The men have maintained long-distance friendship in a postwar loneliness that haunts them both, and which has swallowed Exley whole. Now in their thirties, with their youth behind them and their world in ruins, both must invent the future and retrieve a private humanity.

Arriving in Occupied Japan to record the effects of the bomb in Hiroshima, Leith meets Benedict and Helen Driscoll, the Australian son and daughter of a tyrannical medical administrator. Benedict, at twenty, is doomed by a rare degenerative disease. Helen, still younger, is inseparable from her brother. Precocious, brilliant, sensitive, at home in the books they read together, these two have been, in Leith's words, delivered by literature. The young people capture Leith's sympathy; indeed, he finds himself struggling with his attraction to this girl whose feelings are as intense as his own and from whom he will soon be fatefully parted.

A deeply observed story of love and separation, of disillusion and recovered humanity, The Great Fire marks the much-awaited return to fiction of an author whose novel The Transit of Venus won the National Book Critics Circle Award and, twenty years after its publication, is considered a modern classic.

"The Great Fire is a brilliant, brave, and sublimely written novel that allows the literate reader 'the consolation of having touched infinity.' This wonderful book, which must be read at least twice simply to savor Hazzard's sentences and set pieces, is among the most transcendent works I've ever had the pleasure of reading."--Anita Shreve

"Shirley Hazzard is, purely and simply, one of the greatest writers working in English today. Which makes me more than grateful to have this long-hoped-for new novel."--Michael Cunningham

"I wish there were a set of words like 'brilliant' and 'dazzling' that we saved for only the rarest occasions, so that when I tell you The Great Fire is brilliant and dazzling you would know it is the absolute truth. This is a book that is worth a twenty-year wait."--Ann Patchett

"Shirley Hazzard has written a hypnotic novel that unfolds like a dream: Japan, Southeast Asia, the end of one war and the beginning of another, the colonial order gone, and, at the center of it all, a love story."--Joan Didion

Shirley Hazzard was born in Australia, and in early years traveled the world with her parents due to their diplomatic postings. At sixteen, living in Hong Kong, she was engaged by British Intelligence, where, in 1947-48, she was involved in monitoring the civil war in China. Thereafter, she lived in New Zealand and in Europe; in the United States, where she worked for the United Nations Secretariat in New York; and in Italy. In 1963, she married the writer Francis Steegmuller, who died in 1994.