Items related to See No Evil 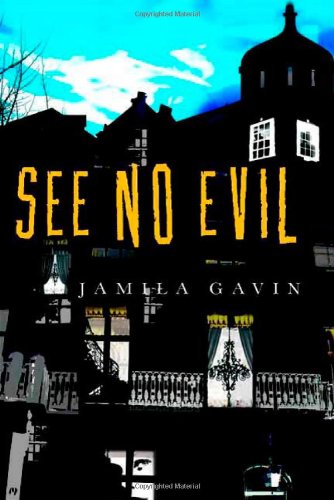 This spellbinding haunted-house story takes place within the confines of a grand London mansion, a place where shadowy characters are always coming and going, almost like ghosts. But when twelve-year-old Nettie’s beloved tutor disappears, the cloistered yet savvy girl must pull her head out of the sand and find out why. In her search, she makes a friend and turns detective, coming apart yet coming alive as she discovers deeply disturbing things about her father and how he funds her family’s extravagant lifestyle – through human trafficking.

The award-winning author’s new novel is a rich and riveting story about the dangers of turning a blind eye to unsightly events and unsavory possibilities.

Jamila Gavin's Coram Boy won the Whitbread Children’s Book of the Year Award and is the basis for both a Broadway play and a forthcoming feature film. Her next book, The Blood Stone, won comparison in The New York Times Book Review to “an expertly plotted tale out of Kipling.” Ms. Gavin was born in Mussoorie, India, in the foothills of the Himalayas, and now lives in Gloucestershire, England.