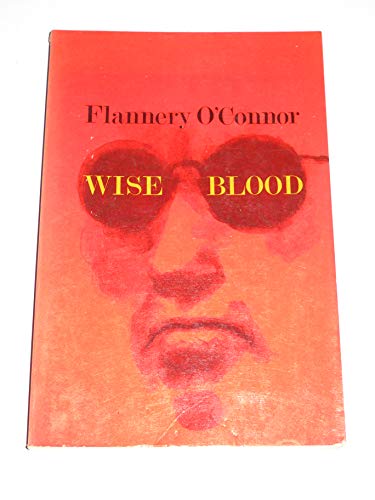 Wise Blood, Flannery O'Connor's astonishing and haunting first novel, is a classic of twentieth-century literature. It is the story of Hazel Motes, a twenty-two-year-old caught in an unending struggle against his innate, desperate faith. He falls under the spell of a "blind" street preacher names Asa Hawks and his degenerate fifteen-year-old daughter, Lily Sabbath. In an ironic, malicious gesture of his own non-faith, and to prove himself a greater cynic than Hawks, Hazel Motes founds the The Church Without Christ, but is still thwarted in his efforts to lose God. He meets Enoch Emery, a young man with "wise blood," who leads him to a mummified holy child, and whose crazy maneuvers are a manifestation of Hazel's existential struggles. This tale of redemption, retribution, false prophets, blindness, blindings, and wisdom gives us one of the most consuming characters in modern fiction.

Review:
Wise Blood is a comedy with a fierce, Old Testament soul. Flannery O'Connor has no truck with such newfangled notions as psychology. Driven by forces outside their control, her characters are as one-dimensional--and mysterious--as figures on a frieze. Hazel Motes, for instance, has the temperament of a martyr, even though he spends most of the book trying to get God to go away. As a child he's convinced that "the way to avoid Jesus was to avoid sin." When that doesn't work, and when he returns from Korea determined "to be converted to nothing instead of evil," he still can't go anywhere without being mistaken for a preacher. (Not that the hat and shiny glare-blue suit help.) No matter what Hazel does, Jesus moves "from tree to tree in the back of his mind, a wild ragged figure motioning him to turn around and come off into the dark..."

About the Author:
Flannery O'Connor was born in Savannah, Georgia, in 1925. When she died at the age of thirty-nine, America lost one of its most gifted writers at the height of her powers.