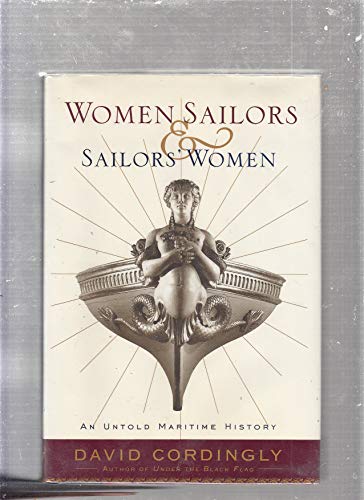 For centuries the sea has been regarded as a male domain. Fisherman, navy officers, pirates, and explorers roamed the high seas while their wives and daughters stayed on shore. Oceangoing adventurers and the crews of their ships were part of an all-male world — or were they?

In this illuminating historical narrative, maritime scholar David Cordingly shows that in fact an astonishing number of women went to sea in the great age of sail. Some traveled as the wives or mistresses of captains. A few were smuggled aboard by officers or seaman. A number of cases have come to light of young women dressing in men’s clothes and working alongside the sailors for months, and sometimes years. In the U.S. and Britsh navies, it was not uncommon for the wives of bosuns, carpenters, and cooks to go to sea on warships. Cordingly’s tremendous research shows that there was indeed a thriving female population — from female pirates to the sirens of legend — on and around the high seas. A landmark work of women’s history disguised as a spectacularly entertaining yarn, Women’s Sailors and Sailor’s Women will surprise and delight readers.

“This is a book to inform, stimulate, and amuse—an irresistible diversion.”
—Baltimore Sun

“A valuable addition to nautical literature and a useful contribution to the study of women’s history....[Cordingly’s] book leaves no doubt that women have played a far larger role in the nautical life than is commonly understood.”
—Jonathan Yardley, The Washington Post*

“Cordingly transcends the ideological limits of gender history and brings a world to life.”
—The Wall Street Journal

“Revisionism at its most delightful. With no particular gospel to preach, Cordingly works his way through layer after layer of overlooked and unconnected written records, finding evidence of women almost everywhere.”
—Houston Chronicle

“Cordingly brings a wide range of research together in one expansive volume.”
—Boston Herald

David Cordingly was for twelve years on the staff of the National Maritime Museum in Greenwich, England, where he was curator of paintings and then head of exhibitions. He is a graduate of Oxford and the author of Under the Black Flag, an acclaimed history of piracy. Cordingly lives with his wife and family by the sea in Sussex, England.