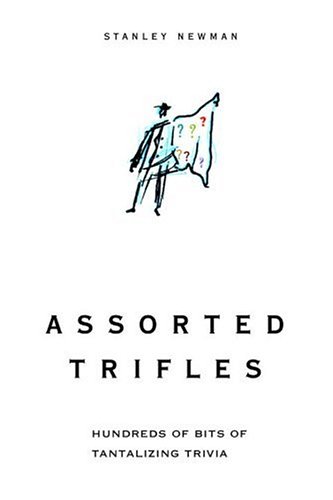 Ever wonder which U.S. presidents never attended college? Or the names of all the recipients of People magazine’s “Sexiest Man Alive” award? How about the rundown of famous directors’ first feature films, the names of celebrities who have received an honorary degree at Harvard, or the types of items that are absolutely forbidden on eBay?

Find answers to these questions and hundreds of others in Assorted Trifles, a collection of the most tantalizing trivia that puzzle expert Stanley Newman has encountered in his career. Open it and sample one or two. You never know what you’re going to get.

A sampling of Assorted Trifles: