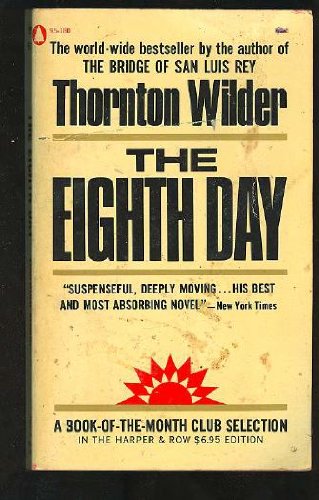 This new edition of Thornton Wilder's renowned 1967 National Book Award–winning novel features a new foreword by John Updike and an afterword by Tappan Wilder, who draws on such unique sources as Wilder's unpublished letters, handwritten annotations in the margins of the book, and other illuminating documentary material.

Book Description Paperback. Condition: Good. Connecting readers with great books since 1972. Used books may not include companion materials, some shelf wear, may contain highlighting/notes, may not include cdrom or access codes. Customer service is our top priority!. Seller Inventory # S_315653475

Book Description Condition: Good. Ships from the UK. Former library book; may include library markings. Used book that is in clean, average condition without any missing pages. Seller Inventory # GRP86517862

Shipping: US$ 6.65
From United Kingdom to U.S.A.
Destination, rates & speeds