Items related to A Walk Through Fire

Cobb, William A Walk Through Fire

A Walk Through Fire 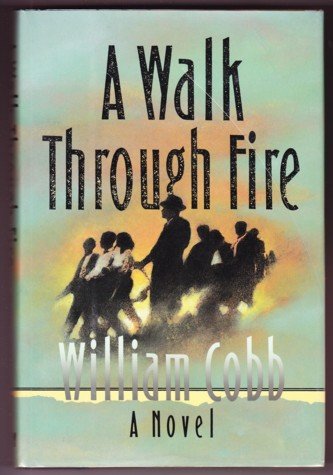 As the summer of 1961 approaches, the small, segregated town of Hammond, Alabama, is plagued by racial violence, and two old friends--one black, one white--must stand together. Reprint.

The author of The Hermit King vividly details the clash of complex passions aroused by a small Alabama town's halting mid-century march from Old South status quo toward integration and civil rights. O. B. Brewster escaped from sharecropping into major league baseball until a knee injury sent him back to Hammond, Ala., a hometown hero. His childhood friend Eldon Long, a black man who is now pastor of the Mount Sinai A.M.E. Zion Church, wants him to run for mayor against longtime incumbent Mac McClellon. Eldon sees O.B. as the only white man who can bridge the racial gap in Hammond, while Mac pleads with him to neutralize the Negroes before "some outside agitators" stir up trouble and cause a big paper company to cancel its plans to build a mill there. When Eldon brings two Yankee organizers to town to lead sit-ins and other protests, the Klan responds with violence that pushes O.B. into the mayoral race. Deftly and movingly, Cobb conveys the courage of his terrified black characters, who must walk past hundreds of hostile, jeering whites to a sit-in at a local cafe. He also depicts O.B.'s romance with Eldon's wife, Cora, improbable in 1961 Alabama, with considerable credibility.
Copyright 1992 Reed Business Information, Inc.

1. A Walk Through Fire Cobb, William