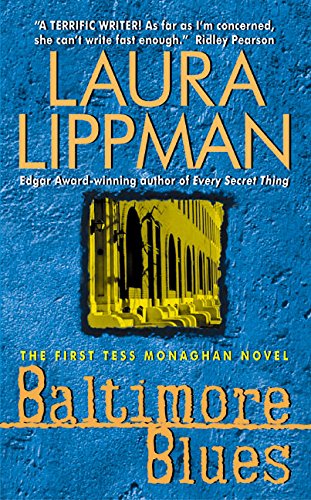 Until her paper, the Baltimore Star, crashed and burned, Tess Monaghan was a damn good reporter who knew her hometown intimately -- from historic Fort McHenry to the crumbling projects of Cherry Hill. Now gainfully unemployed at twenty-nine, she's willing to take any freelance job to pay the rent -- including a bit of unorthodox snooping for her rowing buddy, Darryl "Rock" Paxton.

In a city where someone is murdered almost everyday, attorney Michael Abramowitz's death should be just another statistic. But the slain lawyer's notoriety -- and his noontime trysts with Rock's fiancee -- make the case front page news...and points to Rock as the likely murderer. But trying to prove her friend's innocence couls prove costly to Tess -- and add her name to that infamous ever-growing list.

Since Laura Lippman's debut in 1997, she has been recognized as a distinctive voice in mystery fiction and named one of the "essential" crime writers of the last 100 years. Her books have won most of the major awards in her field and been translated into more than twenty languages. She lives in Baltimore and New Orleans with her family.

Lippman's sleuth, Tess Monaghan, has had several outings by now, but this is her first (1997). It was important to establish her character firmly and to involve her in a plot exciting enough to make readers come back for more. Deborah Hazlett backs Lippman's success vocally. She shows Tess as resourceful, emotionally steady, feisty, and clear thinking as the unemployed reporter investigates the murder of a controversial defense lawyer. Other characters, as well as the portrayal of the city of Baltimore, enrich the plot and, in most cases, the audio version. Hazlett's narration sounds a bit reportorial at times, a style that is perhaps a reflection of Tess's vocation and that of Lippman herself. J.B.G. © AudioFile 2007, Portland, Maine-- Copyright © AudioFile, Portland, Maine