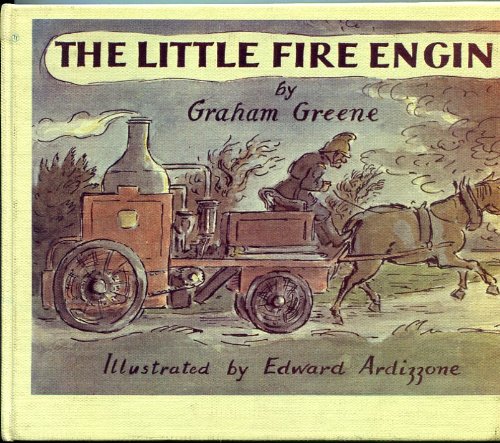 Replaced by modern, motorized equipment, Sam Trolley, the fireman, wonders what will become of him, the little horse-drawn fire engine, and Toby, the fire horse.

Graham Greene (1904-1991) was a novelist and author regarded as one of the greatest writers of the 20th century. He more more than 25 novels, and four children's books.  Edward Ardizzone (1900-1979) was an artist and children's book creator. He illustrated a large number of books, including Graham Greene’s The Little Train series, and wrote and illustrated many more including the well-loved Little Tim series, and with his cousin Christianna Brand, created Nurse Matilda, later familiar to many as Nanny McPhee.