Items related to Bitter fruit: The Untold Story of the American Coup...

Bitter fruit: The Untold Story of the American Coup in Guatemala 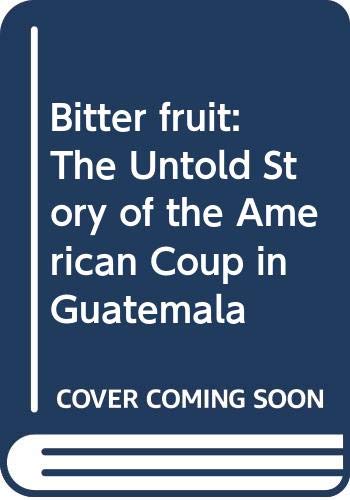 With an introduction by Harrison Salisbury and a new foreword for the 1990 edition, the authors have written a history which reads like a thriller, detailing the dirty tricks, the manipulation of public opinion, and the corrupt foreign policy which characterized U.S. involvement in Guatemala. They show that this covert action became a blueprint for later incursions by the U.S. into Central America.

With New Essays by John H. Coatsworth, Richard A. Nuccio, and Stephen Kinzer