Items related to A Quality Of Light

Wagamese, Richard A Quality Of Light

A Quality Of Light 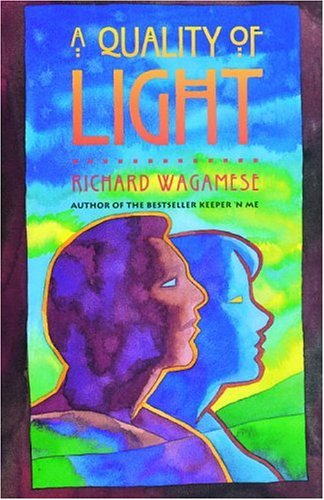 My life as a Kane was lit in the Indigos, Aquamarines and Magentas of a home built on quiet faith and prayer.  But Johnny changed all that.  Where I had stood transfixed by the gloss on the surface of living, he called me forward from the pages of the books, away from the blinders that faith can surreptitiously place upon your eyes and out into a world populated by those who live their lives in the shadow of necessary fictions.

RICHARD WAGAMESE is Ojibway from the Wabaseemoong First Nation in Ontario. A member of the Sturgeon Clan, he is one of Canada’s foremost authors and journalists. He is the author of nine novels, one collection of poetry and three memoirs. His most recent novels, Indian Horse (2012) and Medicine Walk (2014) were national bestsellers and published to brilliant reviews. Indian Horse was the People’s Choice finalist in the 2013 Canada Reads competition. Richard has also been honored with the 2012 National Aboriginal Achievement Award for Media & Communications and the Molson Prize for the Arts in 2013. He lives in Kamloops, BC.

1. A Quality Of Light

2. A Quality Of Light Wagamese, Richard