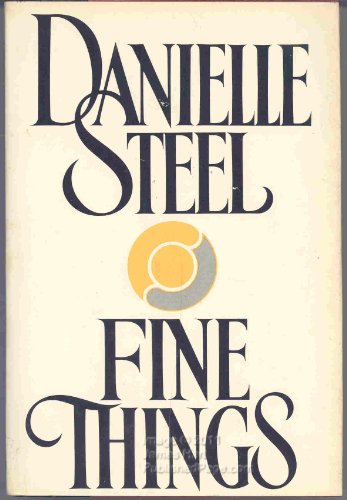 Smart, likable, Bernie Fine was the wonder boy of Wolff's, New York's most glamorous department store. A senior VP moving up, he arrives in San Fransisco to open a West Coast store. His career is skyrocketing, but his life is lacking a center. When he looks into the wide, innocent eyes of five-year-old Jane O'Reilly, and then into the equally enchanting eyes of her mother, Liz, Bernie knows he has found what he has been looking for. Bernie thought he had found love to last a lifetime, but when Liz is stricken with cancer shortly after the birth of their first child, time becomes painfully short. Alone with two children, Bernie must face the loss and learn how to move on. New people, new experiences, a new life alone with two kids. He meets it with courage and humor, and learns some of life's hard but precious lessons as he does.
From another edition.

"Steel is one of the best." -- Los Angeles Times

Danielle Steel has been hailed as one of the world’s most popular authors, with over 570 million copies of her novels sold. Her many international bestsellers include Amazing Grace, Bungalow 2, Sisters, H.R.H., Coming Out, The House, and other highly acclaimed novels. She is also the author of His Bright Light, the story of her son Nick Traina’s life and death.
From the Paperback edition.