Items related to Gift and Mystery 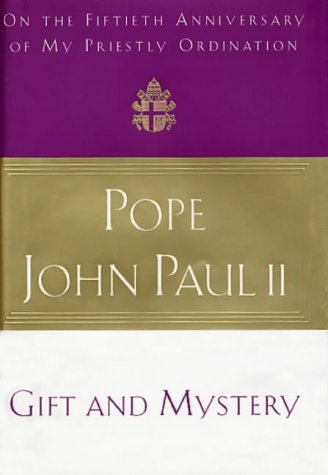 In a personal spiritual testimony, Pope John Paul II decribes his journey to the priesthood, discussing his childhood, education, the years of Nazi occupation that led him to dedicate his life to God, and his ministry within the Catholic Church. 1,000,000 first printing.

Blessed Pope John Paul II (1920-2005), born Karol Jozef Wojtyla, was beatified on May 1, 2011. He reigned as Pope of the Roman Catholic Church from October 16, 1978 until his death on April 2, 2005, at the age of 84. He is widely regarded as one of the most influential figures of the 20th Century, and known for his humanitarian and peace-keeping efforts worldwide. His books include Crossing The Threshold of Hope, Love And Responsibility, and Gift and Mystery.