Items related to Keeper, The 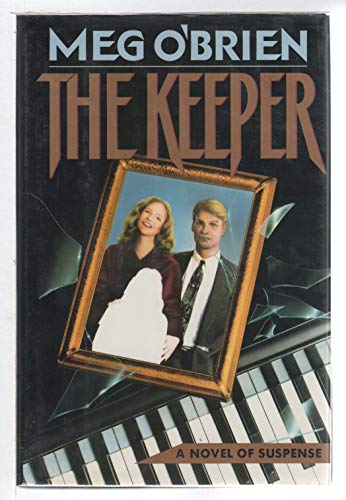 Recovering from a divorce and drug and alcohol addiction, Brooke Hayes faces a setback in her recovery when her daughter disappears, and soon is enlisting the help of the keeper to find her

O'Brien's hardcover debut is the nailbiting tale of a child kidnapped from a dysfunctional family. Charly Hayes's father Nathan is a 40-ish, well-cushioned L.A. lawyer; her mother Brooke is a 30-ish actress using the lead in a S.F. production of The Unsinkable Molly Brown to bounce back from a yearlong binge on liquor and pills that cost her her marriage (no great loss) and custody of Charly, now 19. But it's her far-off mother whom a frantic Charly phones--with a cryptic, tantalizing message- -after she's kidnaped from a Universal Studios tour. And Brooke, stiffed by both Nathan--who insists first that Charly is right at the dinner table with him, and then that she's gone on a camping trip to the Grand Canyon with some friends--and the police--who are all too ready to take Nathan's word over hers--doesn't waste any time getting in touch with John Creed, an ex-cop tracker of missing children known as the Keeper, who helps Brooke piece together the slender clues that set her on Charly's trail. So far, the story is routine, but O'Brien has a few promising twists in reserve: Nathan's abrupt disappearance; the possible implication of Brooke's theatrical colleagues back home; and the revelation that a new piece of evidence is about to make Creed, whose fanatical dedication to his work stems from the disappearance of his own boy years ago, a fugitive from the police colleagues who ought to be helping. The whole plot, from ungainly red herrings to slam-bang finale, doesn't bear much retrospection, but it's guaranteed to keep you up late. -- Copyright ©1992, Kirkus Associates, LP. All rights reserved.

The author of four mysteries starring reporter Jesse James ( The Daphne Decisions , etc.) takes a break from her series to offer a simplistic plucky-heroine-in-a-tough-spot scenario that she gives narrative drive through a handful of gut-wrenching sequences involving a kidnapped child, and through a neatly drawn conclusion. Brooke Hayes, a divorced recovering alcoholic who is now trying to get back into acting and motherhood, receives a phone call from her panic-stricken daughter Charly, who manages only a few terrified words before the line goes dead. Ex-husband Nathan, with whom Charly currently lives, insists the child is fine but then disappears himself. Brooke turns for help to John Creed, a former cop perilously close to depression and terminal burnout whose own son disappeared five years ago, and who now lives in a Los Angeles house full of long-dead files, photos of missing kids, computer records and unsolved cases. O'Brien's various California locations seldom come to life, and in Brooke she has created an odd yet superficial character, but she manipulates the chase formula with great style, keeping Nathan's level of deceit carefully under wraps until very near the close, and delivering the requisite happy ending by means of a pleasantly off-center assignment of guilt.
Copyright 1992 Reed Business Information, Inc.