Items related to The Medical School’s Mission and the Populationȁ...

The Medical School’s Mission and the Population’s Health: Medical Education in Canada, The United Kingdom, The United States, and Australia

The Medical School’s Mission and the Population’s Health: Medical Education in Canada, The United Kingdom, The United States, and Australia 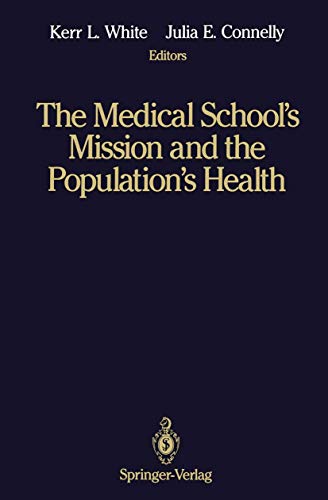 Medical schools exist as part of a complex educational and health care sys­ tem with affiliations to universities, teaching hospitals, outpatient clinics, students, and communities. Those of us who serve as trustees and volunteers on boards and commit­ tees of medical schools carry obvious responsibilities for the performance of the institution with regard to those affiliations, including those that relate to the community. By what criteria, and by what standards, do we as trustees assess that performance? For trustees of medical schools, I suggest that the most im­ portant criteria are those concerned with the purpose for which the school was originally established and those that relate to the community that sup­ ports it and is served by it. For a medical school performance criteria should be defined in a statement of purpose: the "mission" of the school. This mission statement should pro­ vide trustees with direction on such vital matters as the following: What does the medical school seek to accomplish? Whom does it serve? Where is it going? What is the relationship to the geographic region or other community that it may seek to serve? Such questions are stated more easily than they are answered, but they should be asked. For trustees who are responsible for the education of stu­ dents, the management of faculty, and the stewardship of funds they are a matter of serious concern.

1. The Medical School's Mission and the Population's Health: Medical Education in Canada, The United Kingdom, The United States, and Australia