Items related to The Biosphere

Vernadsky, Vladimir I. The Biosphere 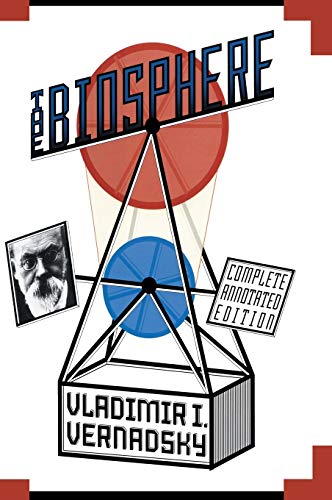 "Vladimir Vernadsky was a brilliant and prescient scholar-a true scientific visionary who saw the deep connections between life on Earth and the rest of the planet and understood the profound implications for life as a cosmic phenomenon." -DAVID H. GRINSPOON, AUTHOR OF VENUS REVEALED
"The Biosphere should be required reading for all entry level students in earth and planetary sciences." -ERIC D. SCHNEIDER, AUTHOR OF INTO THE COOL: THE NEW THERMODYNAMICS OF CREATIVE DESTRUCTION

Vladimir Vernadsky (1863-1945) was a Russian mineralogist and biogeologist who worked at Moscow University until shortly before the Revolution, when he relocated to Ukraine for his health. He moved to the Curie Institute and the Musee d'Histoire Naturelle in Paris in 1922, publishing La Geochemie in 1924 and The Biosphere (in Russian) in 1926. A French edition of The Biosphere came out in 1929. Vernadsky, meanwhile, returned to the USSR in 1928, where he spent the rest of his long, productive (and determinedly apolitical) career.

David Langmuir, now retired, was director of research at TRW. He lives in Santa Clara, CA.

Mark McMenamin is Professor of Geography and Geology at Mount Holyoke College and the author of Hypersea and The Emergence of Animals.

4. The Biosphere (Hardback or Cased Book)