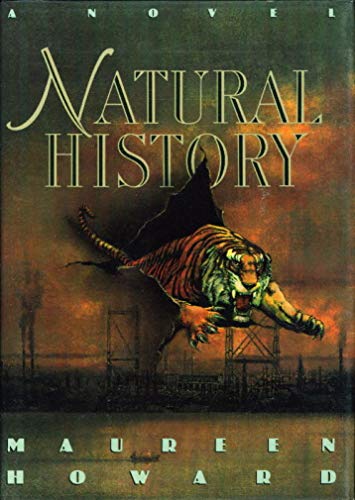 When a society tramp murders a soldier near the end of World War II, Connecticut detective Billy Bray investigates, not knowing that the case will have reverberations for the next two generations of his family

A compelling tour de force, Howard's ( Expensive Habits ) latest novel shows this immensely talented writer at her inventive best. Her glance keen and her hand sure, Howard depicts the Irish Catholic Bray family: county detective Billy Bray, his gentility-obsessed wife Nell, their son, reckless and charming James, and their daughter, pious and pudgy Catherine. Howard gives their lives solidity and depth against the background of her own hometown, Bridgeport, Conn., a city so accurately and specifically rendered that readers with a map could pinpoint every reference to streets, restaurants, stores, churches and movie theaters; social nuances are revealed with equal clarity. The fuguelike first section traces the movements of each of the Brays on one Saturday during WW II, when James breezes through a clarinet lesson, Cath is humiliated at a Girl Scout jamboree, Nell strives to achieve family harmony and Billy becomes involved in a sensational murder case in which a society woman shoots a soldier home on leave. Echoes of James Joyce become more resonant in the novel's middle section, where Howard switches to a cinematic, elliptical narrative device as James, now an actor of middling success, returns to Bridgeport to make a movie about that notorious murder, but spinster Cath intends to foil his plan by revealing a family secret. As counterpoint to this deliberately fragmented narrative, on alternate (facing) pages, is a long, loosely constructed series of vignettes that encapsulate Bridgeport's history and decline, along with tart comments about the novel's characters (who include a nun turned social worker, a vulgar movie producer and James's valiant wife, an ex-rodeo queen). The section reproduces newspaper clippings about the Park City's famous sons (P. T. Barnum, Walt Kelley, Robert Mitchum); quotations from the likes of Freud, Lewis Mumford and William James; literary allusions slipped in without pretension; and 30 photos and line drawings. It is a kind of intellectual doodling--idiosyncratic and whimsical. Howard tells readers that they have "no obligation" to read the insert; "when it is unamusing, just go on . . . with the story." Howard's vigorous prose--at once earthy and sophisticated--is a graceful, arresting mix of metaphor and demotic idiom, ironic humor and glistening images, all employed in astute observation of her cultural and intellectual world. If the cinematic format and the flip, clipped narration tend to hold the reader at an emotional remove, the work is made buoyant by the larky digression, yet effectively anchored by the traditionally narrated sections. In form and substance, this powerful novel places Howard squarely among the outstanding practitioners of late-20th-century fiction. 35,000 first printing; major ad promo; author tour. (Nov.) .
Copyright 1992 Reed Business Information, Inc.

With analytic eye but forgiving heart, Howard relates the tortured history of the Brays, an Irish-American family living in Bridgeport, Connecticut, at the close of World War II. As adults, James and Catherine leave home but cannot come to terms with their lives, for they are trapped in the shadow of their bigger-than-life father. Howard wraps this story in a virtuoso display of literary fireworks: Conventional narrative alternates with filmic montage and actor's monolog, and a long section juxtaposes the storyline with facts and myths about Bridgeport notables, among them P.T. Barnum, Robert Mitchum, and Walt Kelly of Pogo fame. Unfortunately, these experimental parts do not always work, and they seem peripheral to the central action. Comparison with William Kennedy's Ironweed is inevitable but misleading. Whereas Kennedy's seemingly effortless experimentation works to unfold character and nudge along the story, Howard's virtuosity often intrudes; the seams show, detracting from the narrative strength of an otherwise fine novel. Previewed in Prepub Alert, LJ 6/1/92.
- David Keymer, California State Univ., Stanislaus
Copyright 1992 Reed Business Information, Inc.