Items related to The Complete Watercolors of Edward Hopper

The Complete Watercolors of Edward Hopper

The Complete Watercolors of Edward Hopper 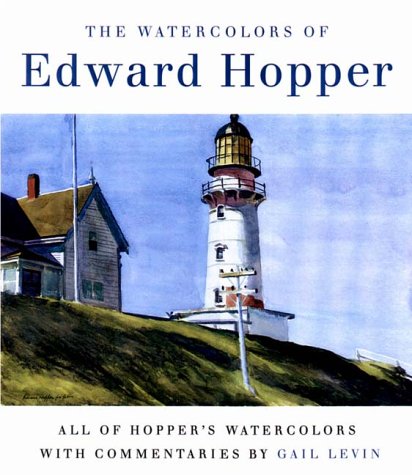 This magnificent volume reproduces all of Hopper's 357 watercolor paintings . They were first published in the four-volume catalogue raisonné of the artist's works. Now they are offered at a price that will make them attractive to anyone seriously interested in art. Hopper was comfortable in both oil and watercolor, although his technique with each medium varied considerably. While oils were done in the studio, often from detailed sketches with notations on colors, the watercolors were painted on location and seem far more spontaneous. In the years since Hopper's death in 1967, many of his paintings have achieved iconographic status as statements about this country. His empty cityscapes and countrysides speak of our sense of loneliness and alienation, while his fascination with the light on Cape Cod and the buildings in Gloucester result in the evocation of feelings that can only be described as uniquely American. 357 color plates

Gail Levin is the author of numerous other books, including the classic Edward Hopper: The Art and the Artist (Norton) and Edward Hopper: An Intimate Biography. She lives in New York City.

1. The Complete Watercolors of Edward Hopper