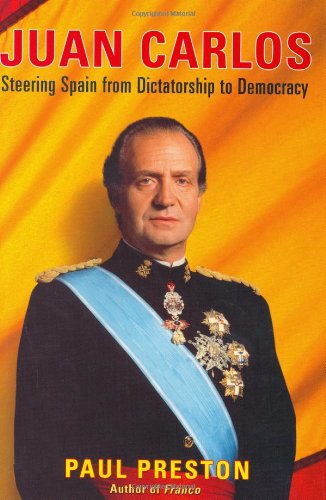 The definitive biography of Spain's enigmatic king, a riveting work of late-twentieth-century history.

Paul Preston, the author of the definitive biography Franco, explores the political and personal mysteries of the Spanish monarch's life in Juan Carlos, a story of unprecedented sweep and exquisite detail. Handed over to the Franco regime as a young boy, Juan Carlos was raised according to authoritarian traditions designed to make him a cornerstone of the dictatorship. How then did he later emerge as an emphatic defender of the democracy that began to form after Franco's death? In his peerless voice, Preston provides the details necessary to answer this central question, examining the king's troubled relationship with his father and his vital work in consolidating parliamentary democracy in Spain. What begins as the story of one monarch becomes at once a history of modern Spain and an indispensable exegesis of how democracies come to be.
16 pages of b/w illustrations

About the Author:
Paul Preston, author of The Spanish Civil War, Franco and Juan Carlos, and The Spanish Holocaust, is the world's foremost historian on twentieth-century Spain. A professor at the London School of Economics, he lives in London.
From The Washington Post:
A few pages into this biography of Spain's constitutional monarch, Juan Carlos I, one learns that the king's mother declared upon his birth, "He is as ugly as sin." Most contemporary biographers would likely tease out of this comment a telling theme that came to define the Spanish king's life -- for example, that Juan Carlos, who grew up to be quite handsome, has indeed defied many expectations. But readers of biographies of Princess Diana and John Adams, beware: This book, written by one of the most energetic and respected historians of modern Spain, does not seek out salacious details or purport to tell the essence of the man. This is really a history of modern Spanish politics, the dictatorial years of Francisco Franco and the surprisingly central role the king played in bringing about Spain's peaceful transition to democracy.