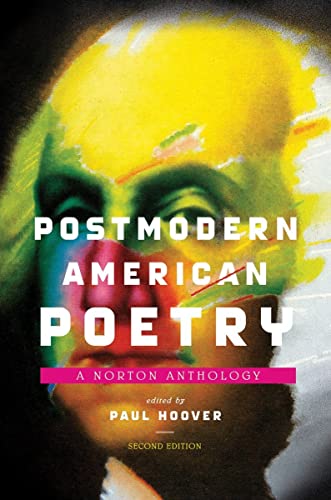 A new edition of this groundbreaking anthology revisits postmodernism as a twenty-first-century movement.

Postmodern American Poetry: A Norton Anthology galvanized attention on its publication in 1994, making “the avant-garde accessible” (Chicago Tribune) and filling “an enormous gap in the publication annals of contemporary poetry” (Marjorie Perloff). Now, two decades later, Paul Hoover returns to suggest what postmodernism means in the twenty-first century. This revised and expanded edition features 114 poets, 557 poems, and 15 poetics essays, addressing important recent movements such as Newlipo, conceptual poetry, and Flarf. Bringing together foundational postmodern poets like Charles Olson, Denise Levertov, and Allen Ginsberg with new voices like Christian Bok, Kenneth Goldsmith, and Katie Degentesh, this edition of Postmodern American Poetry is the essential collection for a new generation of readers.

Paul Hoover is a professor of creative writing at San Francisco State University and coeditor of the literary magazine New American Writing. He has published nine books of poetry and a novel.

Concentration and magnification make the best anthologies work, and this may be one of them. Concentration: the focus on a body of writing with a heritage, an era, or a style in common that tests shared visions and constraints. Magnification: an expanse that seems to widen and deepen as we are allowed to take a look at it, and then another look. For anyone carping at the idea of the postmodern or the avant-garde as wanly intellectual, fiercely separatist, beside the point, or even nonexistent, Hoover's large-scale collection of recent experimental American poetry (and a concluding selection of essays about it) should persuade that it's not. He brings together more than 100 writers from the 1950s and since--Olson, Duncan, O'Hara, Ginsberg, Corso, Dorn, Major, Ashbery, Guest--whose adventures with the language renew it for far more than a readymade membership. The fact that some of the poets are sine qua nons and others aren't simply leaves the whole tribe more interesting. There's almost no point in listing names, except to indicate breadth; the same could be said for the "schools" represented. For literary positions have a way easing from their own strictures and outgrowing acolytic expectation when the words themselves are richly transformed and reformed--as they are here. Hoover is the editor of New American Writing.
Copyright 1994 Reed Business Information, Inc.