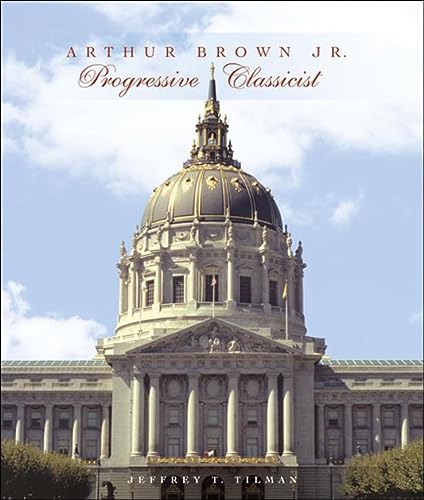 Arthur Brown Jr. (1874-1957) is one of the most important, yet underpublished, architects of the twentieth century.

Celebrated by his peers for such masterpieces as the City Hall, War Memorial Opera House, Temple Emanu-El, and Coit Tower in San Francisco; the Pasadena City Hall; and the Labor-ICC block of the Federal Triangle in Washington, DC, Brown epitomized the idea that architecture not only houses society’s daily rituals and defining events but also can itself shape the sociopolitical landscape of America. Arthur Brown Jr.: Progressive Classicist, the first full study of Brown within his architectural and social context, unifies the varied strands of the architect’s life, from the architectural forms and methods of the Ecole des Beaux-Arts in Paris to the reforming spirit and self-reliant confidence of San Francisco after the earthquake and fire of 1906 to the challenging economics and changing aesthetics of machine-age America. It details the development of Brown’s major works and many other civic, commercial, religious, academic, and residential buildings. It chronicles his unflagging commitment to the classical tradition, which he employed in contemporary, forward-looking institutional buildings that emphasized continuity with the past while meeting the needs of the future. To Brown, the classical tradition was not a sacrosanct, unchanging body of knowledge; it was an expanding and evolving set of ideas about architectural design that permitted, and even demanded, change as new conditions and technologies were developed. Arthur Brown Jr. is a fascinating look at the man-captivated by the classical movement and obsessed with the slightest architectural detail-and at his buildings, at once canonical and inventive and singularly American. 30 color 200 b/w photos

Jeffrey T. Tilman is an assistant professor at the School of Architecture and Interior Design at the University of Cincinnati, where he teaches architectural history, design, and historic preservation. He holds a Ph.D. from the University of Virginia, and is an architect, registered in California.